This is something I have been wanting to write up for a very long time now - a summery of what my homelab looks like every year. Altough given my current lack of time and motivation I am not sure if I will manage to write one post every year.

This is the most recent upgrade to my lab. This year I finally managed to upgrade the old hardware, replacing the old AMD Athlon X2 240e with a “new” Intel Pentium G4400 and upgrade the RAM to 16GB. I also added two new 10TB WD whitelabel drives I shucked from their external drive lineup. The old drives are now either in storage or used as backup drives as they are almost 9 years old. Yeah, that’s very old but I also kind of want to see how long those old Samsung drives are going to last.

The most important change was probably the OS. Up until the end of January I was using Windows Home Server 2011, which was soon to be EOL. So when I began the rebuild I chucked in a 120GB NVMe drive to replace the old SSD and installed my trusted Debian on it. With this I was finally Windows-free (as far as bare-metal installs are concerned, I still have a couple Windows VMs).
This also allowed me to move all my files to a ZFS filesystem. The two 10TB HDDs are in a mirror and three of the old 2TB drives are in a RAIDZ1 configuration.
In case I need more storage I need to buy two additional drives, but that’s a price I am willing to pay for all the extra features ZFS provides, like snapshots and file integrity checking. In the future I might want to upgrade to 10G ethernet when cheaper NICs are available.

I am using a custom build machine with pfsense as my router. The Celeron 4005U is not the fastest cpu, but still good enough with the right nic (Intel i350-T4) for 1Gbit/s with some light IDS/IPS and other features enabled. I am contemplating just virtualising this one for years now, but as the router is the most important machine in the network as far as other users are concerned I am still not quite sure. 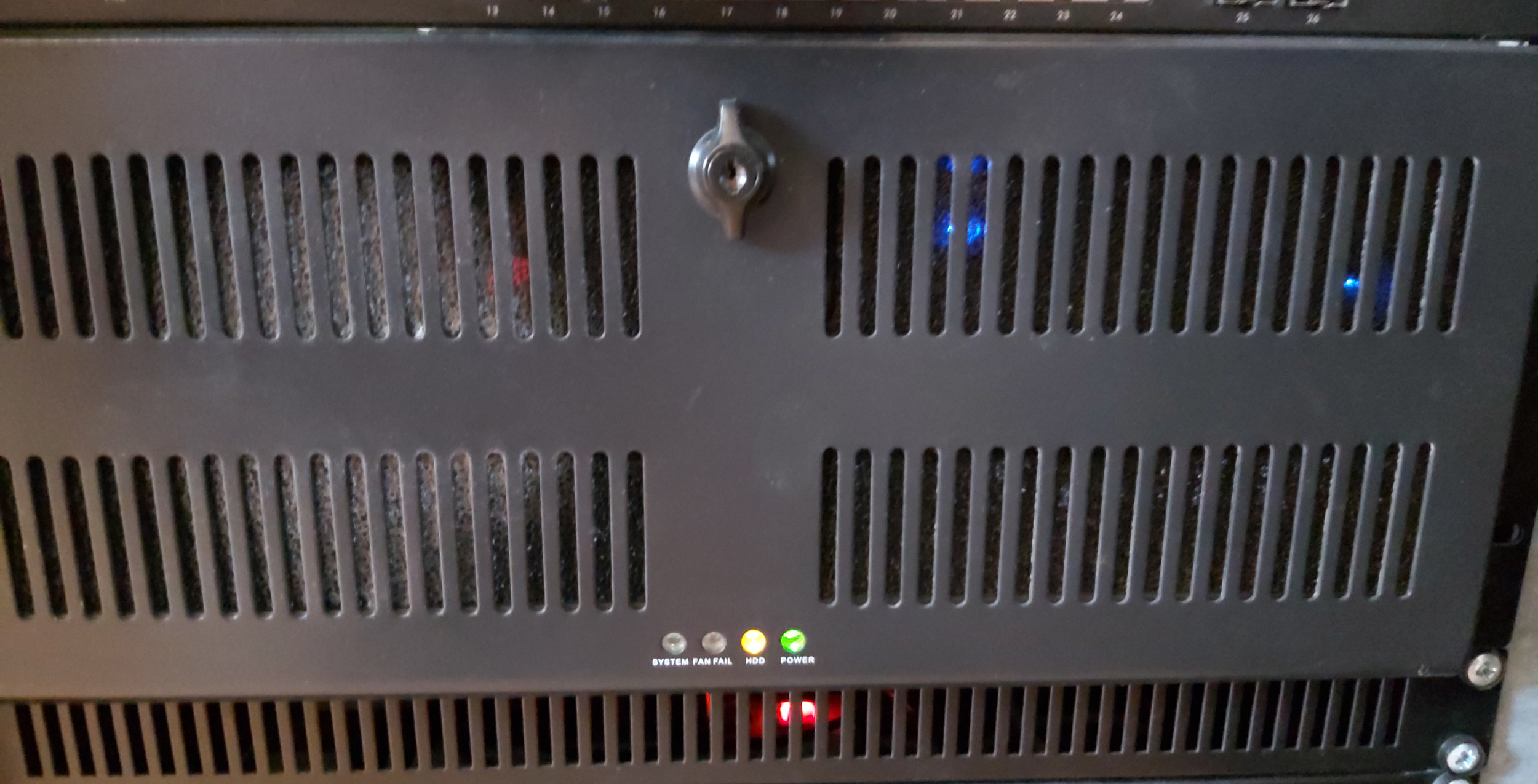 Most of the time I am only running one hypervisor to save on power and the the additional processing power is unneeded most of the time. I built this machine about two years ago with the goal of reducing overall powerconsumption (I was running a AMD Phenom X6 1055T in this very case). The Intel Xeon E5-2650v2 combined with 128GB DDR3 ECC memory is still a powerful machine today. For now I have a 400GB Intel S3700,one 500GB Samsung 860 Evo, one 1TB WD HDD and a 2TB WD installed, but I will replace all but the 2TB drive with SSDs of the same size so I can make use of ZFS in this machine as well. Again a 10G nic is planned as well. 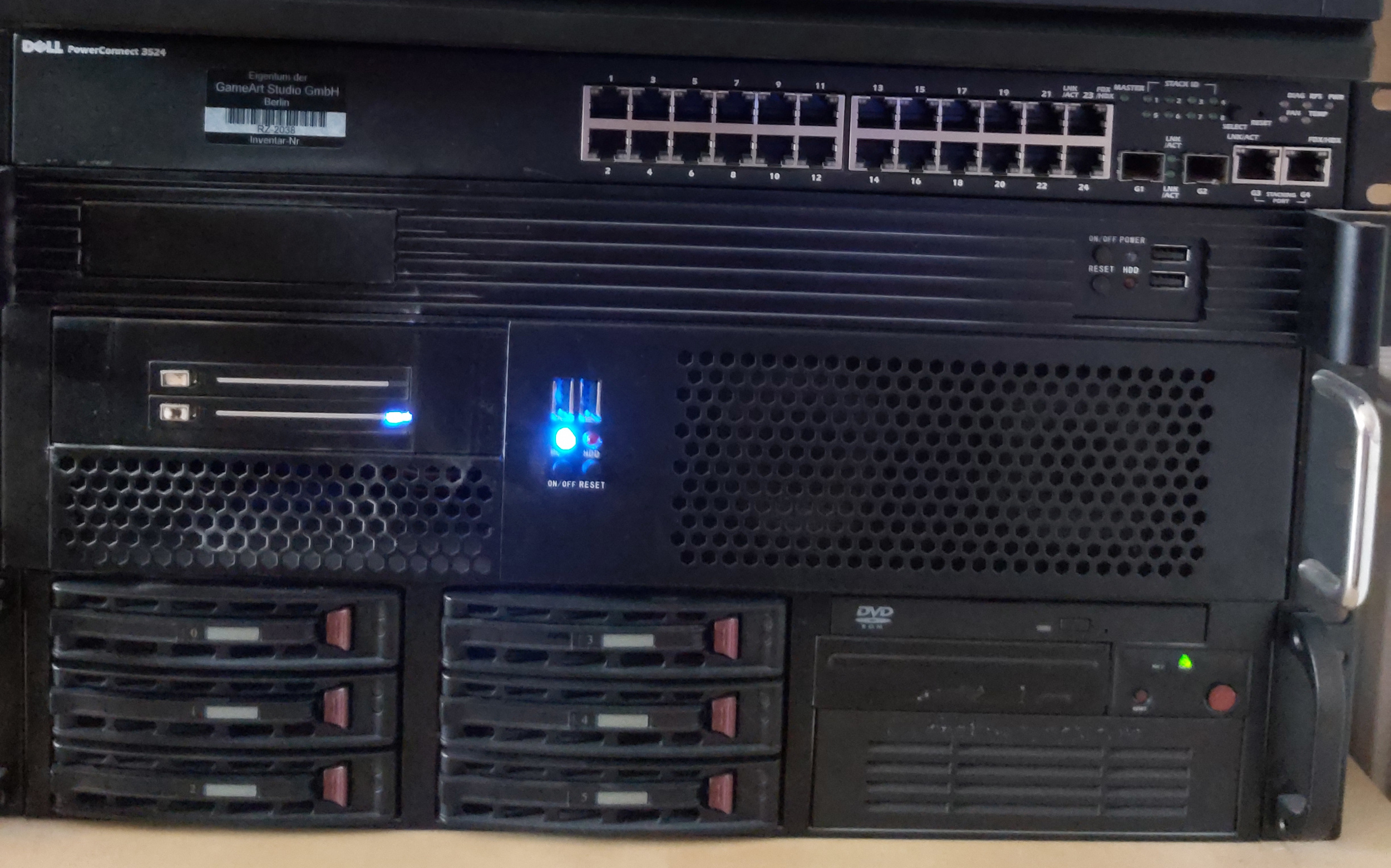 I have three additional machines which I use as hypervisors in a cluster. The Lenovo Thinkserver TS130 with an Intel Xeon E3-1225v2, 16GB ECC RAM and a 500GB Samsung 860 Evo is still fast enough for playing with VMs, Kubernetes and other cluster shenanigans. The other two are custom built, a old Xeon X3440 and a very slow Intel Celeron 1007U from my old firewall are only really useable for containers and testing hypervisor cluster features.

My NAS as mentioned above runs Debian 10, my hypervisors run Proxmox (which is based on Debian). All but one of my productions VMs run Debian as well. I run a single Windows Server 2019 VM for AD and RemoteApp services. I have a couple test VMs with CentOS, Windows Server and Windows Desktop installed. All my machines are managed by Puppet and Foreman.

As for services the following list only contains the most important ones.

My current wifi setup consists of a single Ubiquiti Unifi AC-Pro Lite, which is good enough for my whole apartment. At the moment two Zyxel GS-1100 dumb switches link everything togther. Those are going to replaced with a single VLAN-capable switch with additional 10G SFP ports for my NAS, Hypervisor and my desktop.

At some point I would like to enable IPv6 for my whole network but that will not work as long as my ISP does not give out an address while the modem is in bridge mode.

I don’t know if a 3D printer counts towards a homelab but my Anet A8 has been quite reliable after some much needed upgrades. I might write more about the printer in a future blog post. 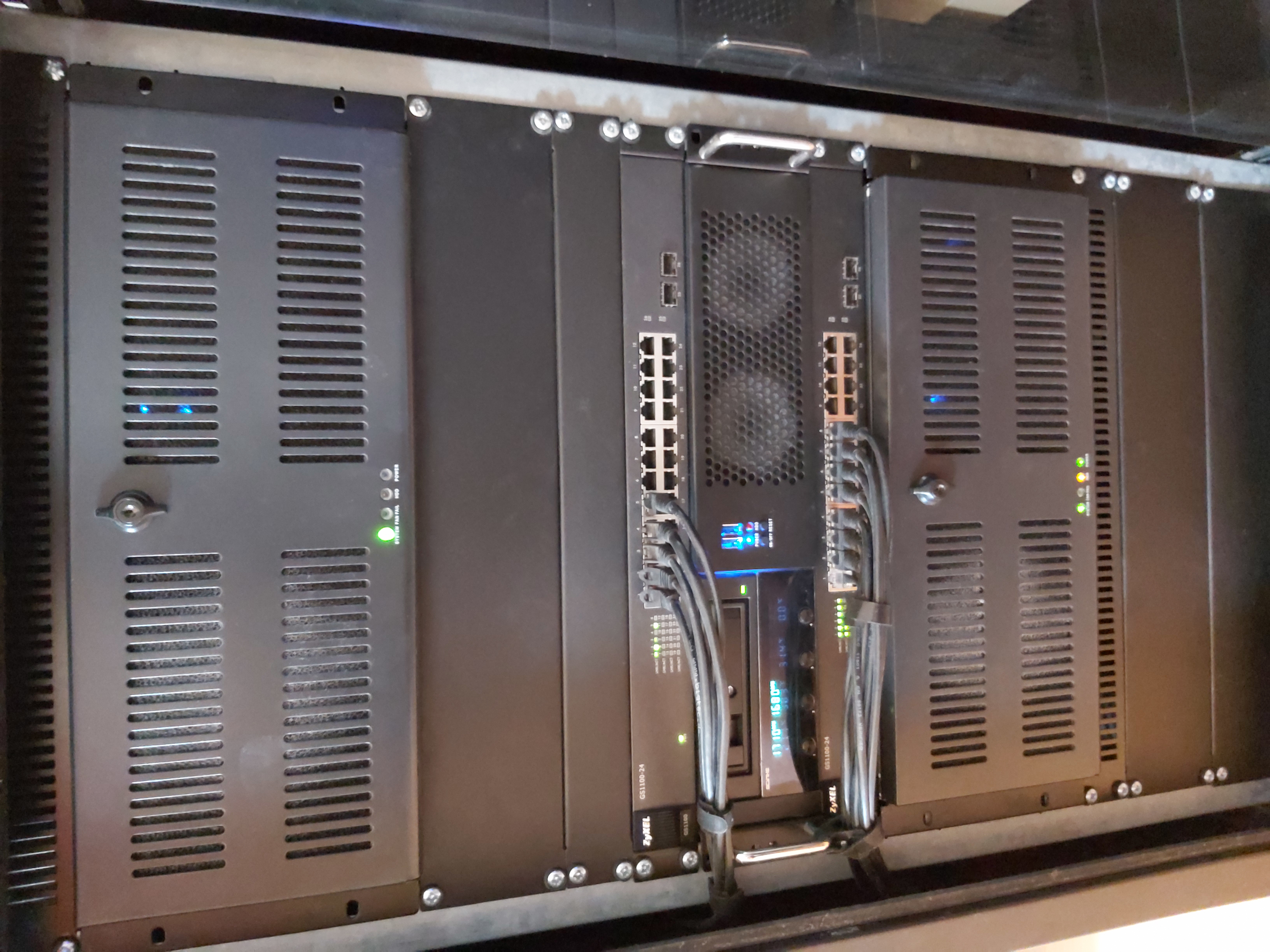